Why is Poland a good option for life and work? 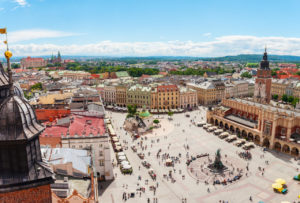 Poland is a country situated in the heart of Europe, with a fast-growing economy. During the last years, the standard of living in Poland began to increase swiftly, which became especially noticeable after the state joined the EU. Rapid improvement of the economics, surge in the variety of jobs, and growth in general welfare brought Poland to the top 25 most developed republics in the world.

According to statistics, 17000 foreign citizens are officially employed in Poland every year.This country is perfect for people who want to move to Europe, then at one go, immediately find a job and accommodation, as well as get permission to travel visa-free inthe EU.

The state favors inviting people from abroad who agree to do menial labor such as factory jobs in Poland. It should be noted that the number of Polish citizens working abroad or migrating abroad for permanent residence is much greater. The exact figure of illegal immigrants in Poland is unknown, but as per approximate calculations, it is over 200 thousand. To note, if the foreigner works well, he has an excellent chance to gain a foot hold in the republic, get a residence permit in the EU, and gradually find his place in this society.

The country has always captivated with its rich history, ancient monuments, picturesque landscapes, and above all, hospitality and friendliness of its residents. It is home to hospitable people who are building a modern economy and taking care of their heritage. Over ten million tourists visit Poland every year. Every tourist will find something interesting in Poland. The abundance of works of art, museums, exhibitions, theaters, international movie and music festivals, and regional handicrafts will undoubtedly satisfy the most demanding guests.

Poland is the biggest country in Eastern Europe, occupying the 9th place on the continent by its territory. This republic is situated in Central Europe. It shares borders with the Czech Republic in the South, and Germany in the West, well as with Belarus, Ukraine, Lithuania, and Russia in the East. Its North boundaries pass alongside the coast of the Baltic Sea. Poland’s overall length of land and water bordersis 3,496 km. The land of Poland is located at the junction of three main tectonic units: the Precambrian East European platform, the Paleozoic platform of Western Europe, Alpine fold, and the Central region.

Poland’s weather is changeable and unpredictable. Its climate is mild with maritime and continental characteristics. Tourists can expect both rainy and sunny times. Do not be surprised if the summer time is somewhat scorching or rainy. Winter season is relatively snowy and generally cold, generally, temperatures drop below zero. You should have enough necessary clothes if you are from a country with a warmer type of weather.

Life and work in Poland

Reviews on life in Poland are positive for various reasons. Immigrants and native Poles have almost equal rights. Non-nationals have the opportunity to work in Europe and receive decent wages, get an education, and even set up their own business in any field. Official state structures provide all possible support in this regard. The country issues work permits for a period of 6 to 12 months.

Life in Poland is stable and moderate. Polish people are confident in the future, so they can afford to make plans for years to come.

Especially visitors who have Polish roots are welcomed and treated warmly in this state. After simple bureaucratic manipulations, representatives of the ethnic group have the prospect to get a Polish card – a document that makes numerous welfares available, including a residence permit in the EU.

Poland attracts foreigners who are looking for a temporary income. A busy and interesting life and work in Poland can be combined because employers offer good pay for a part-time job.

Cost of living in Poland 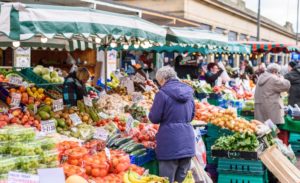 Poland is a comparatively inexpensive country to live in comparison to other states in Europe. Expenses depend mostly on the city. For example, the average cost of living for a foreign student varies from 350 euros to 550 eurosper month.

There is everything you need for a good life in Poland. Tourists will be surprised that the price of food is much lesser than in other EU countries. Food costs vary between 25-40% of income. The average resident spends up to 1000 euros per month on daily needs. The cost of living in Poland is fully justified by the quality of services and goods provided.

In comparison with other EU countries, housing is relatively affordable here. Renting a modest apartment in large cities on average keeps at around 200 euros, and utility bills make up about 25% of the minimum wage.

A well-organized education system allows you to expect to receive high-level knowledge. Healthcare service in Poland is paid, but when you apply for insurance, every resident gets the right to first-rate medical care.

Poland is a state where ethnic homogeneity prevails. However, after joining the European Union, it has become particularly attractive to immigrants from all around the world.

If you analyze the average living standard of Polish citizens, it becomes clear that the authorities are trying to help the inhabitants in every thinkable way. The government supports social assistance programs for residents along with foreigners.

Locals are tolerant toward immigrants from the former Soviet Union or other countries. This is why tens of thousands of Russians, Ukrainians, and Belarusians, especially from the border regions, every year go there to work.

Poles are proud of their country; cherish their language, culture, and traditions. Some are still able to dance the Mazurka or Polonaise with inspiration, and every third person will impress with knowledge of folk songs. The greatest value for them is the family, and work is on the second place. Then there are religion, politics, recreation, and friends.

Overview of the advantages

It will undoubtedly be a great choice to live in Poland and get a job. Immigrants have noted that the Poles are very hospitable and peaceful people. Polish state organizations employ discreet and competent specialists whose goal is to assist interested citizens. Look through the benefits of staying and working in Poland before making your final decision.

There are several advantages to for those who consider immigration to Poland:

Live and Study in Europe
Author
Reply to  Pastor Collins

Hello Pastor Collins! Thanks for your interest. We can provide all legal assistance you need to move to Poland. You can find all information regarding the process and services we provide on this page https://liveandstudy.eu/work-in-europe/work-visa-invitation-and-embassy-procedure-and-timings/
Please, contact us direct on email liveandstudyineurope2@gmail.com, or fill in the request form if you will have any quastions.

Pastor Collins
Reply to  Live and Study in Europe

Poland what about racism

Live and Study in Europe
Author
Reply to  Pastor Collins

Thanks for your question. Poland is a very tolerant and well organized catholic society.