Advantages of living in Lithuania 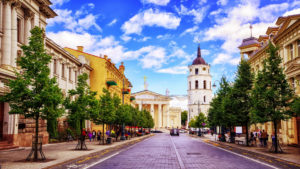 Even though the republic is not famous for good conditions for accepting migrants, it is a fantastic option to reside and work here. According to the foreigners’assessments, the distinguished advantages are:

Despite low salaries, the living wage in Lithuania is decent. Therefore, local citizens can afford to buy food at low prices. A good education system attracts foreign students. Finally, you can develop your business here successfully and without complications.

Lithuania is considered a picturesque state, where a great number of attractions have accumulated due to historical circumstances. It does not attract migrants in the same way as United States or Austalia, but residents of many countries seek to get here for a high income. Among the republics of the Baltic region, Lithuania is the most suitable for people who want to enter a new stage of business growth, to obtain a residence permit, a business visa in Lithuania, or citizenship in a stable and environmentally friendly republic in Europe.

Due to the active policy of business sustenance implemented by the authorities of the country, Lithuania quickly shifted to a stable market economy. The advantage of working in Lithuania for foreigners is the preferential administration policy for any foreign investment in terms of setting up a business as well aslow taxes.

The regulation of business immigration is dynamic. Special attention is paid to the actual trade performance and regulation of fictitious firms. Thus, in the globe’s unrestricted economies rating, Lithuania ranks 15th, regarding ease of launching a business – 11th, also 2nd in Europe in terms of investment appeal. On the topic of business immigration, the main necessities are the budget of the company’s capital, the number of funds invested by a non-national, the arrangement of the staff, the working hours, the total of incomes, and the execution of actions.

Although Lithuania has a different standard of living compared to European countries, it still attracts migrants, especially entrepreneurs and students. If you choose to move to the EU and launch your own business, this place is a great place to start. Having a residence permit allows you to use all the advantages of European residency, including moving around the Schengen area, buying real estate, doing business, studying, etc.

To apply for permanent residence in Lithuania, you may use several ways:

If a foreigner permanently resides on Lithuania’s territory, plus if the immigrant has relatives in the republic, he will be able to get permanent residence.

Launching a company in Lithuania

Attracting foreign capital to Lithuania has become among the top priority strategic objectives of the state. At the same time, the Lithuanian government focuses on creating new jobs with the involvement of Lithuanian specialists.

Opening a company in Lithuania has several advantages, including:

Thanks to the latter advantage, Lithuania ranks  first in Europe in the use of public online services, so 99% of entrepreneurs use this service in their activities.

Before starting the business registration process, you need to pay attention to is the possibility of business licensing. Businesses in the listed areas are subject to compulsory licensing:

After completing all the stages-get all the documents in your hands and you can safely and legally start your business activity.

There is no hiding from taxes because the very idea of running a business in Lithuania automatically implies tax obligations:

4) In-demand occupations and the average salary

In the Republic of Lithuania, employees with diplomas are highly valued, especially specialties that involve working in the field of IT. Vacancies in the production sphere are also in demand. List of professions:

According to specialists, it is as difficult to find low-skilled personnel as it is to find employees with higher education, so the demand for working professions does not fall. The average salary varies from 290 to 600 euros.

The population of the country is 2,792,052 people, but during the independence years, the state has experienced depopulation. It is due to migration policy: many Lithuanians leave their homeland and go to more developed countries. Another vital point is that the nation has an aging population: 20% of citizens are elderly (over 60). Statistics show that at some point, the population indicator will decrease by another 24% by 2070.

The territory of the republic is a low hilly plain that gradually rises to the Baltic ridge in the East. The state is located in Europe, on the Eastern coast of the Baltic Sea. In the East the republic borders with — with Belarus, In the North with Latvia, in the South-West it borders with Poland, also with the Kaliningrad region of Russia. Vilnius is the capital Republic of Lithuania.

Migrants are attracted not only by the economy but alsoin a pleasant climate. It is moderately mild in the maritime areas and continental as we move towards the Eastern regions. The temperature range at different periods of the year varies from -1.6 to +17 degrees on the coast.

Weather in the country is always changeable; rains and winds replace heat with sun. Overall, Lithuania’s climate is typical of the temperate latitudes of the European regions.

Summers here are not hot, the average temperature in July is + 18-20 C. In winter, itsnows three months. Springs with autumn shave long rains.

The Lithuanian Ecology Ministry carefully monitors the environmental situation. The country is protected from pollution.

The possibility of long-term migration is judged by the life standard of Lithuania. This indicator includes prices for many products, utility bills, salaries, and pensions, in addition to the cost of medical care, education level, and criminal situation. For example, a loaf of bread in Lithuania costs 2.6 euros, 1 liter of milk is 0.95 euros, chicken fillet-5.9 euros, and potatoes-0.6 euros. Gasoline costs 1-1.2 euros per liter. With such a cost of food and an average salary of 600 euros, residents can afford to live well.

Unemployment benefits are calculated as 41%. Pensions for ordinary residents are minor – 256 euros. This amount is considered the lowermost rate amid the Baltic States. Health care is paid, the patient pays from his wallet or through the hospital register, but the level of treatment is high.

Due to the underdeveloped economy, real estate prices in Lithuania are low: you can buy a two-room apartment for 2.5 million rubles.

a) Cost of living statistics

Lithuania has good indicators for several parameters of welfare in the improvedLife Index. It has pointers above average forbalance amid private life and work, along with learning and expertise. It has lower than average indicators for welfare, careers and incomes, accommodation security, public wellbeing, social relations and engagement, environmental value, and individual security. The ratings are basedon existing sample records.

Cafes and restaurants usually offer a menu based on local cuisine, delicious and cheap. Dishes’ cost, due to the direct deliveries of local farm products, is not expensive at all.

Free Wi-Fi is available practically everywhere -in restaurants, hotels, bars, cafes, and pizzerias.Therefore, there will be no problems with gaining access to the net. 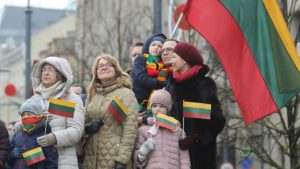 The first thing to pay attention to while considering life in Lithuania is the socio-economic situation in the state. This data shows if there is a demand for labor migrants, and is it worth going there to search for income. Lithuania has suffered hard times during the independence years due to the collapse of the USSR. Today the situation has improved a little:

Lithuania has a good business environment: since 1997, the inflation rate has not exceeded 2.7%. However, there are also negative aspects: about 22% of the residentsare below the poverty line – about 650,000 people. The unemployment rate is 7.5%. The republic is engaged in the production of energy, the sale of gas, rural products, along with foreign trade in its goods, which is necessary for such a small state.

Thelocal academic system is a role model for many EU countries. Education consists of several stages: self-education, formal,and informal. Studies are conducted in the local language, but Russian-speaking students also study at universities. University education consists of 3 stages: bachelor’s, master’s, and Ph.D. Lithuania has well-developed research centers where graduates can improve their skills.

Lithuania has great respect for cultural traditions and tries to adhere to them. Lithuanians are family people, they care about how to show themselves to others. The local people try not to violate the law, and public order is strictly observed here.

As in other Baltic countries, singing and dancing festivals are common in Lithuania. Events of classical, modern or folk music, theatrical performances, traditional holidays or rhythms of night entertainment, local performers, masters of jazz, opera, and symphonic music, actors, sports stars, especially basketball, are widely known all over the world.

The national cuisine is rich and varied. The basis of Lithuanian cuisine is potatoes and countless dishes are made from it.

The traditional Lithuanian treat is rye flour bread. The top product in Lithuania is considered cheese. There are a lot of types of cheese: from traditional hard cheeses to fruit or smoked. The latter is perfect for beer, that the Lithuanians themselves consider the finest in the world.

The attitude to visitors here is good, every second resident approves the welcoming of refugees and non-residents. This data was provided by a statistical survey, both demographic and migration policies confirm the information. Many Lithuanians leave their country every year, the birth rate is also low, and sovacanciesare gradually released.

Many foreigners move here to live from Ukraine and non-EU countriesbecause Lithuania takes part in the refugee assistance program. As reported by the News Agency, the migrant workers’level has doubled in recent years. Migrants are readily accepted in work areas where specialistsare required. If the migration policy is violated, the authorities can request the return of the foreigner to their home country.

As in manyBaltic republics, Lithuania has a low crime rate, which makes traveling here comfortable.